Getting Dramatic About Beekeeping 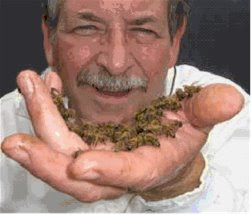 With apologies for its irrelevance to many of you, I wanted to flag a performance of note to beekeepers in the Mid-Altantic Region, as well as a chance to help a fellow beekeeper "dramatically" raise awareness about beekeeping and its history.

A long-time beekeeper I know named Marc Hoffman will present a one-hour, one-man show called "Bee Man" concerning the life of L.L. Langstroth as part of the Washington, DC Capital Fringe Festival on July 17, 19, 20, 24, 25, and 27 in the Dupont Circle neighborhood of the city. His website for the production is www.lorenzolangstroth.com (is that a cool URL or what?) In case you were not aware, the bicentennial of the inventor of the movable frame hive is 2010, and I'm kind of hoping Marc's production will work out and perhaps travel in celebration of that anniversary.

If you are in the Washington, DC area, the production could still use a couple of volunteer hands (especially for the last three performances). It's not a big commitment, as the show is really short, and the venue is really tiny, and it's just a little fringe festival, after all! If you'd like to help, let me know and I will put you in touch.
Posted by Phang at 4:13 PM 3 comments: 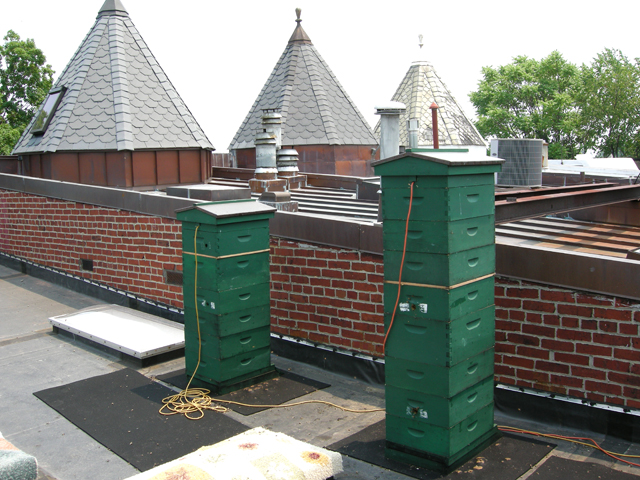 Hey there, remember me? Truth is, I almost wish you didn't (*if* you do remember, that is). I've spent the past 6 months just wondering what to say about the bees and my beekeeping and this whole great adventure. Just like a letter you keep meaning to write, knowing what to tell you has grown more difficult with each passing day. I started this post on March 5, 2008, more than three months ago. And I still can't decide what was going on then (or now).

But what anyone would probably want to know first is, "How are the bees?" The simple answer is that I still manage six live hives, and everyone that went into the winter came out again: no small victory! The harder-to-explain answer is that I have never been less sure of myself as a beekeeper. The picture above shows Wilde, the roof hive that worried the most during my first year. Right now, that hive is on track to deliver perhaps 200 lbs of honey when we harvest in 2 to 3 weeks. That equals last year's entire harvest. You can see a light colored line across the middle of the hive. That's a queen excluder, my first year using them. Below the excluder is the brood nest of over 60,000 bees, but a really narrow chimney of a brood nest. There is almost as much honey below as above! 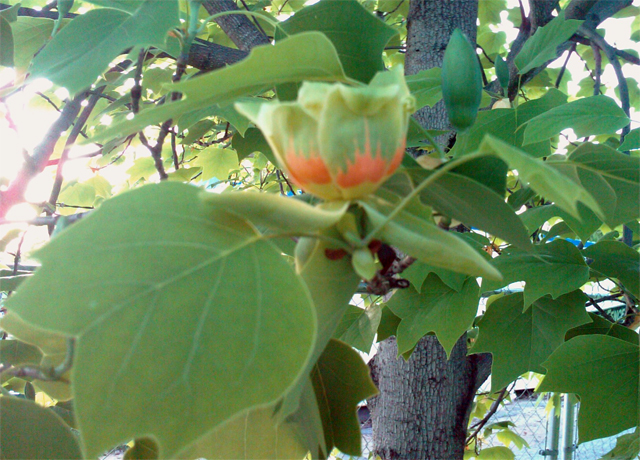 I can tell you one story after another about this year, each one ending with "In about a week when I check back in I hope to be able to give you an answer." This picture was taken on April 24, the date of the first tulip poplar bloom in my neighborhood, and the official beginning of the one great flow of nectar goodness that the bees enjoy each year. It also marks the last time I saw eggs in any of my in-town hives. Let me show you what I mean... 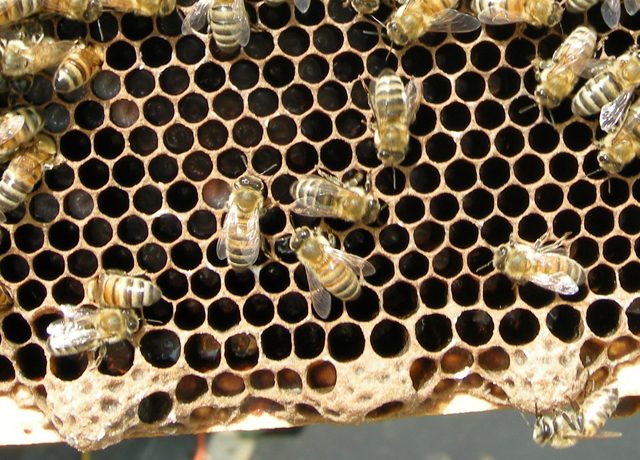 I'm wearing even stronger glasses this year, so at first I thought my eyes were failing me, and I used my camera to take close ups of the frames — back at my desk I can look at them at high resolution and often see things that get by me in real life. The camera only saw what I did, though: over and over again, I found only 3+ day old brood in the city colonies. All four colonies.

I need to see eggs to see if the queens are doing well, and to figure out whether the bees need space, and where they need it (Brood nest? Honey super?). It makes no sense to come back time after time and see older brood, but never the new stuff.

MaryEllen hazarded an explanation based on our weird Winter and the pattern of Spring weather: the bees came through strong and populous because the cold weather was not that cold, and they ate alot of the stored pollen. She knows that I have never supplemented pollen (yes, kids, you can actually buy pollen supplements), because we are basically awash in it, and for the first time I had actually culled pollen bound frames in the autumn. This picture shows brand-spanking new pollen recently stored when I opened the hive. In other words, the only pollen I found was so new that it appears true that the bees had run through everything they had until very recently.

We had a very rainy pattern this Spring. Days of rain and cold, followed by a brief sunny opening when a person could visit a hive. MaryEllen pointed out that, in times of pollen dearth, the bees can cannibalize eggs in order to focus what they have on older larvae. They have more invested in the older brood, and perhaps my pattern of inspecting the hives so closely reflected the intervals when weather kept the forager bees inside that I never had the hive open on a day when the queen had the opportunity to lay some new eggs that had a chance to be fed.

I was not really buying this: I was sure I'd messed something up. But I have now seen no eggs in two months, yet I continue to see capped brood and new bees, so there's no other explanation I can figure. Other beekeepers who have no reason to pity me have found this theory plausible!

Even if "The Mystery of the Missing Eggs" had not cost me some sleep, my yearly inability to prevent swarms would. But then again, it happened to everyone this year. Everyone's bees came through the Winter strong, got to feeling crowded when trapped inside, hit an all-at-once flow of all the early, mid, and late-season nectar sources, and decided to swarm.

The beekeepers of this region have, as a group, made the best effort in decades to re-establish the feral honeybee population, as involuntary as it was.

But I had sworn this year to be a better beekeeper: to keep better records, to do all the reversals and frame rearrangements and overall space management necessary to keep the girls home and safe, and I failed. I did my first reversals — re-ordering the boxes so that there was always a bunch of extra brood space above the queen's location — in March, my first checkerboardings (inserting empty comb into crowded brood areas) in April. It basically did not matter.

Three of my six hives swarmed, mostly after the nectar flow, though. The big hive pictured above was stopped only when I inadvertently made a split with the old queen in it. This was unfortunate because I was intending to make a new colony to house a locally bred queen I had just purchased from a beekeeper I really like. (Sorry, Leigh: I could not bring myself to tell you any other way). I had reached into that monster hive to grab just 5 varied frames from the over 60 that were in there, and somehow I missed the fact that I had grabbed the queen on one of them. The workers in the new nuc killed my new local queen in the introduction cage. I am such an oaf, so irresponsible, in such a rush. It was just terrible to see how I had sentenced her to die in fear. And she was such a carefully produced monarch from a thoughtful fellow beekeeper!

It appears, however, that by taking the old queen, I stopped the Wilde colony from swarming like practically everybody else did, so there will be a harvest this year. Wouldn't it be nice if some forethought and care had something to do with it?

This is enough updating for now. I will try to tell you more about the monastery, mill, and mentee colonies that have also needed some care this year. This post might not measure up any more than I feel my beekeeping does, but I hope that those of you who were worried aren't anymore, and those of you who are rooting for the bees are only working harder at it in the light of my mistakes!
Posted by Phang at 7:37 PM 5 comments: