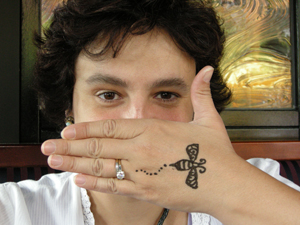 Every August, we seem to hit the road. For a beekeeper around here, this is a wise thing to do. The flowers are dried up, the bees are bored and a bit defensive, and it is time just to load up those hive top feeders with sugar syrup, squish as few of the teeming girls as I can, and head off to other buzzing bits of the world.

It's a bit of a frenzy. Within 48 hours of packing up my stuff, reassuring the dogs (the cat pretends not to care), buttoning down the house, and jumping in the car, I also needed (psychologically as well as apiarily) to go through each of 6 hives in three locations, right down to the bottom board, in order to see what was what.

The good part is this: in each and every hive, it's as if about 60,000 complacent girls sat there, waving their antennae, saying "Go, go! Get out of here! See you in a coupla weeks!" They were peaceful, well-stocked, and busy with a bunch of late-summer babies to raise. Heck, they even put the honey in all the right places. 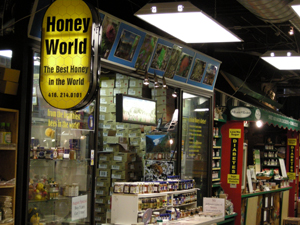 And so off we went. We usually hop a plane and go someplace expensive and exciting, but this year we figured out that there was a 600 mile stretch heading north that neither of us had every really explored, and so we went on a road trip. This also needs to be said: my cousin and I had an excellent road trip in May, so my husband seemed to want a bigger, better one for the two of us (everybody should be smiling at this, ok?)

The picture you see above comes from the St. Lawrence Market (you know, cheese stalls, vegetable stands, butcher shops) in Toronto. But this shop, staffed by an insistent Russian honey-sample pusher, is awash with bee-ly delights! I found propolis lollipops for MaryEllen, and exotic honeys from New Zealand that nearly made my eyes pop out! My blood sugar was a little high, because in all politeness I had accepted more than a dozen teaspoons of varietal honey samples before beating a retreat (almost purely in self-defense). Truly a lovely interlude, one where my suitcase got several jars heavier! 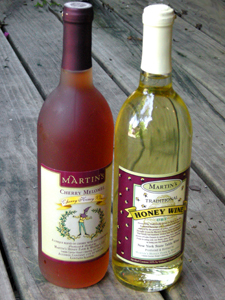 Now, in the Finger Lakes, we discovered a "Wine Trail" on which we located a cidery, a winery, and a meadery! Click the picture to go to the latter. I met and talked to Martin the Mead Guy, and you truly need to try his Cherry Melomel. Really. I am a young punk, wet-behind-the-ears, bee-grubber compared to Martin. He has "only" about 150 hives right now, and used to be a commercial pollinator. He told me a lot about that life: how difficult it is to make up costs on transport, and how increasingly hard it was to keep the bees alive. So now he makes mead next to a beautiful wild wetland park in an area full of lakes and rivers. You gotta go. 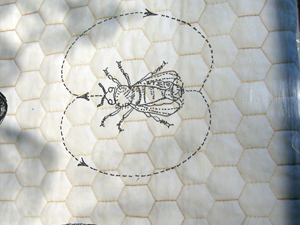 Now, I have had a hard time keeping up with this blog, partly because I have so much to tell you. For instance, the first picture up there is a henna tattoo from the Byward Market in Ottawa, where the nice young man had to be asked to include a thorax on his bee, and this last picture is from an impossible-to-describe glass bee artwork by Michael Rogers at the Corning Museum of Glass in New York. But let this be enough for now: there will be more.
Posted by Phang at 9:51 PM 2 comments: